While I am in China this week, I have invited members of my Cabinet to write guest blogs.

Today, my Cabinet Member for Housing, Paul Smith, blogs about his busy Wednesday attending housing panels and a radio show in Birmingham and Bristol. 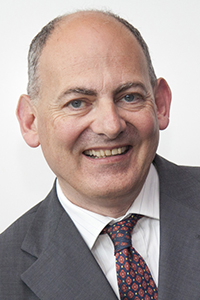 Wednesday was a day away from the Council House. Inside Housing (the weekly housing magazine) and the Chartered Institute of Housing (the professional body) have organised three ‘Big Housing Debate’ events in Manchester, London and Birmingham. Nothing in the south west so I was invited to speak at the Birmingham event.

It was clear that Midlands-based organisations are optimistically expecting a transformation in housing delivery from their Metro Mayor and the partnerships he is developing with the councils. However there was a strong undercurrent of discontent that the Midlands is becoming a forgotten area sandwiched between London & the South East on one side and the Northern Powerhouse on the other.

My session as the interloper was on tackling homeless. In some respects it feels more than a little ironic speaking on tackling this rising tide when there are so many people still on the streets. The latest figures from the monthly homelessness hotspot count shows a rise from an average of 5 street sleepers in 2010/11 to 69 in 2017/18. This doesn’t seek to count all those on the streets but it shows an alarming rise. This increase is not a result of demographic change, homelessness suddenly becoming fashionable or even a worsening economy (it has been reported to improve over that time). The sickening increase is largely driven by the slashing of welfare benefits, particularly housing benefit and partly from the sideling of social housing development. If the safety net is slashed to pieces it should be no surprise that more and more people are falling through it.

Underpinning all of this is our work on increasing the development of new social and council housing and affordable housing is also gathering pace as we are on track to get to a development programme of 800 affordable homes per year by 2020.

The chair of the session, who has operated at the highest level in housing, reflected that nowhere else in the country has a more comprehensive approach to homelessness than Bristol. I am sure this is no comfort to people currently on the streets, talks of plans, strategies and projects which will happen some time in the future will be met with cynical disbelief by people until they are living somewhere safe and secure.

From Birmingham I rushed back to Bristol for a Julian Trust fundraiser organised by the Institute of Physics Publishing in the Cube cinema. First was a showing of the moving and devastating indictment of the benefit system, Ken Loach’s ‘I Daniel Blake’. This was the second time I have watched it; I think it was harder the second time knowing how it was going to end. I was on the panel which followed. There can be no doubt that building conditionality into the benefits system creates a divide between those seen as deserving and underserving poor. Poverty is not something created by poor people but by an economic system which is designed to concentrate wealth into the hands of those who are already wealthy and a government which has given up on a fairer redistribution of wealth.

Coming back to the housing debate within the discussion we can see that the market can not deliver our housing needs, it is not how the market functions. The vast majority of developers have a huge financial incentive to avoid the provision of affordable housing as it reduces their profit margins. Even those that benefited from the subsidy provided to reduce debt charges are doing so well from the £bns of government cash poured into Help to Buy that they can manage without guaranteed sales to housing associations.

Last year 1,994 homes were built in Bristol (phew, almost 2,000) but only 199 were affordable and 700 were student flats. This emphasises the importance of our decision to take our housing land off the market and to develop it ourselves, or with housing associations and community-led housing organisations committed to affordable housing. Left to a combination of the market and the emasculated planning system we struggle to get much more than 10% affordable housing in the city.

In Bristol at present only 20% of housing is council or housing association homes for rent; prior to the right to buy and the Thatcherite revolution it was around a third. To tackle our housing problems we need to get it back towards these levels. The £220m committed by Marvin Rees in 2016 is a vital ingredient to starting to move us to annual net gains in social housing, namely more being built than being sold through the right to buy and right to acquire.

These themes were all part of the radio interview with BCFM which followed the panel discussion. An interview with Tony Gosling is an exhausting affair as he shifts from topic to topic at rapid fire speed.

A 15-hour day is not something I could manage every day, but being away from the council for a day certainly gave me plenty of time to reflect on what we’ve done, are doing and need to do to make a substantial and visible impact on the housing crisis in our city.