Today’s guest blog comes from George Cole, who has spent the week gaining work experience in the Mayor’s Office and Labour Group Office at City Hall. 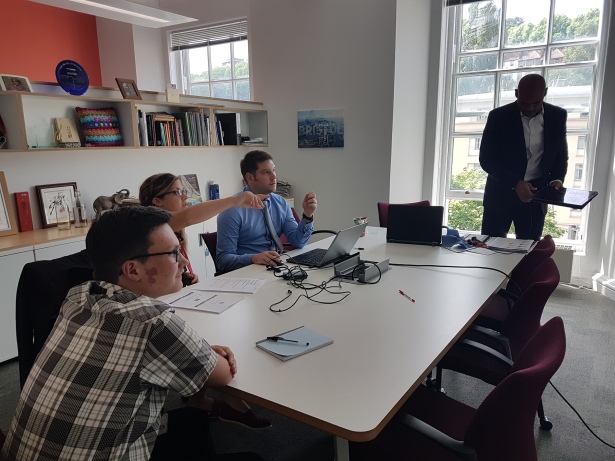 My name is George Cole and for the past week I have been having my work experience in City Hall with the Mayor’s Office and the Bristol Labour Group. The purpose of my placement, which I applied for through the WORKS programme, is to learn and understand how Bristol City Council (BCC) functions and how it manages public issues throughout the city.

Before I started, I had to partake in an induction to BCC and its strong policy on equality of opportunity and tolerance of diversity. This was followed by meeting the Bristol Labour Group, where I wrote a summary of recent press articles, from a variety of news sources. The purpose of this was so members of the Labour Group were able to be made easily aware of current events and issues that may affect the public or the public’s opinion of the Council.

Part of my week was also observing various meetings and briefings where I experienced, first hand, the discussion of important topics in Bristol and Councillors debating the most efficient way of handling said topic. By far the largest meeting I attended was the Cabinet Meeting in which members of the public and Councillors can question the Mayor on his recent decisions and actions, for example, a large portion of public questions were based on the situation with libraries around the city.

Before this Cabinet Meeting, I, the Mayor and senior officers from the mayor’s office went through the prepared answers for each of the questions Councillors and members of the public had submitted. The process involved considering phrasing and reactions from both the public and the press, as Councillors’ questions are usually written to search for a particular answer and can put the Mayor under pressure.

On another occasion, I studied the Mayor’s diary, which lists all the activities the Mayor engages with, which can be anything from meeting with important people to speaking at events. The diary is published so the public are able to follow what they Mayor is up to during his week.

A further activity I participated in was the research of other UK Councils, which was conducted in order to inform BCC on other possible methods and strategies on modernising how public libraries are the run in the city.

Overall, my time at Bristol City Council has been both interesting and enjoyable and I would recommend anyone interested in local government and politics to apply here for their work experience.